Related fishing news and updates is for a quick reference for the latest news available for your fishing trip. Below is a map with all the marine areas.

Westport Charterboat Association has an annual fishing derby where they award over &60,000 in prizes each season: 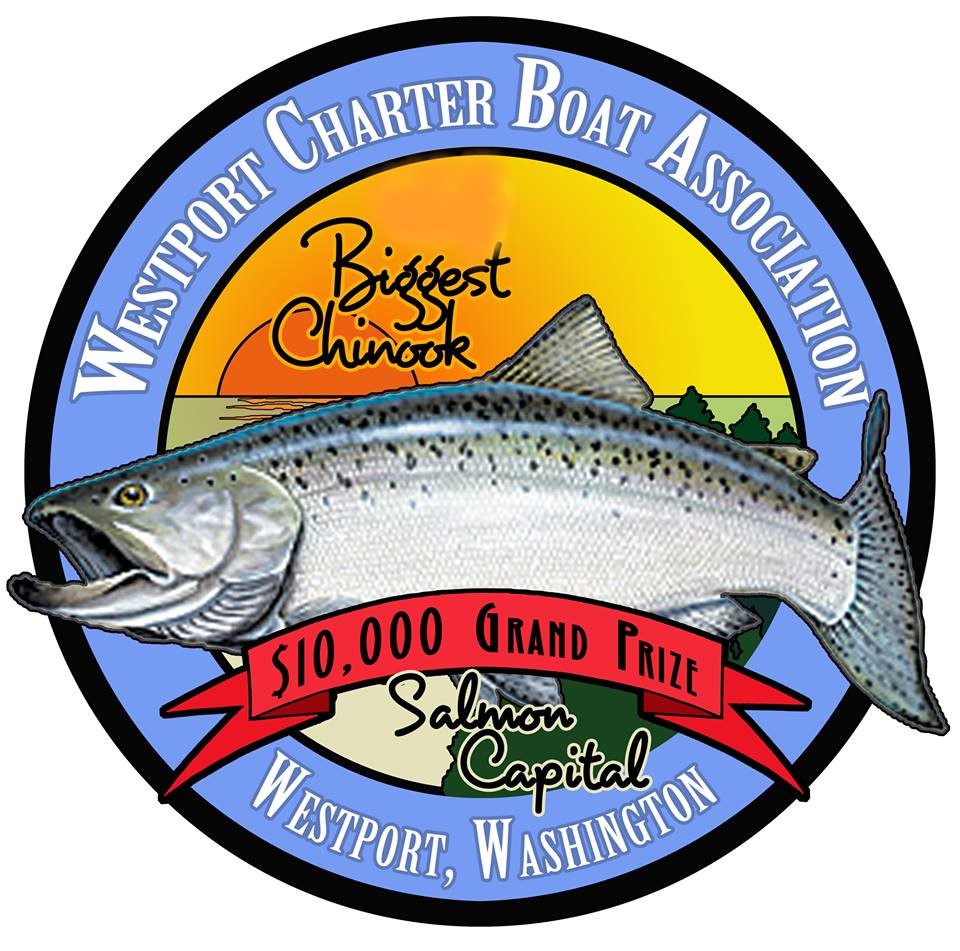 Opening Dates of Salmon fishing are as follows:

All areas are scheduled to remain open until Sept. 30 or until quotas are met, with species and size restrictions dependent on the area.

Coho are expected to return in large numbers to the Washington coast in 2022, and in coastal marine areas coho quotas reflect those improved forecasts. Fishery managers agreed during this week’s PFMC meeting to recreational ocean quotas of 27,000 Chinook and 168,000 marked coho, more than double the 2021 coho quota.

LaPush (Marine Area 3) and Neah Bay (Marine Area 4) will open for salmon retention beginning June 18, followed by Ilwaco (Marine Area 1) on June 25 and Westport-Ocean Shores (Marine Area 2) on July 2. All areas are scheduled to remain open until Sept. 30 or until quotas are met, with species and size restrictions dependent on the area.

OLYMPIA – Anglers in Washington can expect similar salmon fishing opportunities this year compared to 2021, with some improved opportunities in the ocean driven by strong expected coho returns, state fishery managers have announced.

“We continue to see low returns of some stocks across Washington, especially Chinook stocks, and our first priority is to craft fisheries that conserve and aid recovery of those runs,” said WDFW Director Kelly Susewind. “At the same time, there are bright spots in this year’s forecast, and we developed what we believe are some novel ways to maximize opportunities in areas where healthy runs might mingle with those weaker stocks.”

Negotiations between WDFW and co-managers this year were guided in part by a new Puget Sound Harvest Management Plan that has been submitted to federal regulators and is expected to provide long-term fishery guidance for Puget Sound if approved.

"Now that we've met the challenge of providing harvest opportunities, the co-managers need to get back to the work of recovering salmon," said Shawn Yanity, vice chair of the Northwest Indian Fisheries Commission. "Protecting treaty rights is not about fighting over the last fish. It’s about salmon recovery in the long term."

Season recommendations now move forward for approval by the National Marine Fisheries Service and final rulemaking, including additional opportunity for public comment and consideration of those comments.

“Strong catch rates and fishing pressure led to some early closures in these areas last year, and we wanted to make sure we do not exceed our catch allocations in 2022,” said Kyle Adicks, intergovernmental salmon manager with WDFW. “We heard from many anglers that they wanted an opportunity to fish in July in these areas, and this offers some opportunity while still hopefully preserving the chance to fish on what’s expected to be a solid coho run later in the summer.”

Winter Chinook fisheries will again be limited in Puget Sound in 2022-23, with some Chinook retention opportunity available in November and December in Marine Area 11 (Tacoma-Vashon Island), February and March in Marine Area 10 (Seattle-Bremerton), and March and April in Marine Area 5 (Sekiu).

Most Puget Sound marine areas will once again open for the summer season beginning in July or August, with June openers currently planned for Marine Areas 10 and 11.

Summer fisheries on the Columbia River are expected to be reduced compared to last year, with fishing from the Astoria-Megler bridge to Highway 395 bridge in Pasco starting June 16. The fishery below Bonneville is scheduled to be open through June 22. Sockeye retention is not allowed.

Fall fisheries from Buoy 10 to the Highway 395 bridge in Pasco is planned for an Aug. 1 opener, with different dates by area for Chinook and coho, and includes steelhead restrictions throughout the river. Another strong coho run is expected and a similar Chinook run size compared to last year should provide for some good fishing opportunities.

Coho are expected to return in large numbers to the Washington coast in 2022, and in coastal marine areas coho quotas reflect those improved forecasts. Fishery managers agreed during this week’s PFMC meeting to recreational ocean quotas of 27,000 Chinook and 168,000 marked coho, more than double the 2021 coho quota.

LaPush (Marine Area 3) and Neah Bay (Marine Area 4) will open for salmon retention beginning June 18, followed by Ilwaco (Marine Area 1) on June 25 and Westport-Ocean Shores (Marine Area 2) on July 2. All areas are scheduled to remain open until Sept. 30 or until quotas are met, with species and size restrictions dependent on the area.

Additional information about this year's sport salmon fisheries and the North of Falcon process can be found on WDFW's website at https://wdfw.wa.gov/nof. Visit https://wdfw.wa.gov/fishing/regulations to see statewide fishing regulations and download the latest fishing rules pamphlet, and https://fortress.wa.gov/dfw/erules/efishrules/ for emergency rule changes that may impact fisheries.

The Washington Department of Fish and Wildlife works to preserve, protect, and perpetuate fish, wildlife and ecosystems while providing sustainable fish, wildlife, and recreational and commercial opportunities.

The bottom fishing is open 7 days per week.

Tuna fishing starts in early July and runs into mid October and is open 7 days per week.

For Albacore and Mackerel there is no possession limit or daily limit.

Yellowfin, Skipjack and Northern Bluefin there is no possession limit but a daily limit of 2 each. 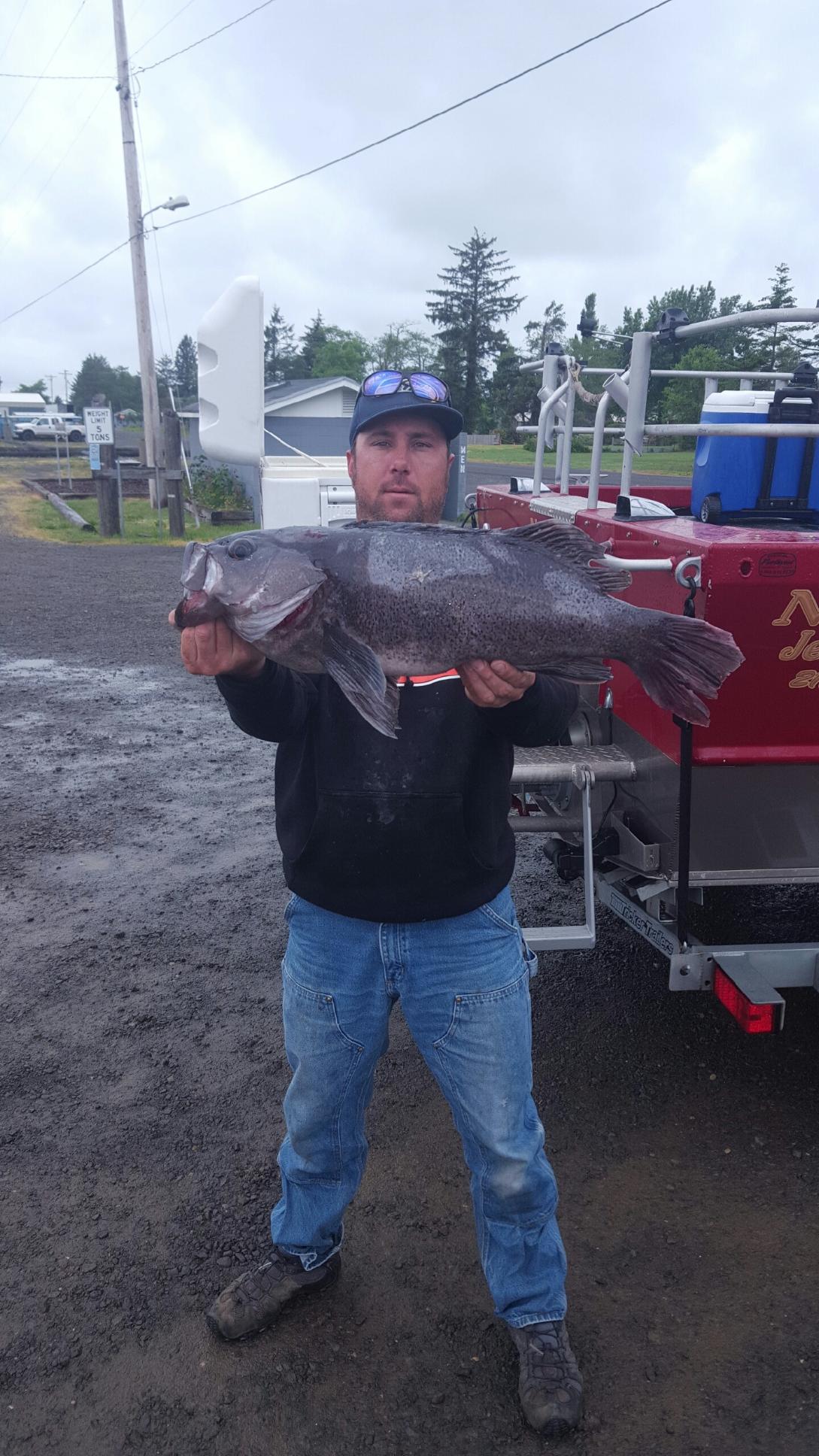 The 10.72 pound fish measured 26.15 inches and was caught May 15 in Marine Area 1 near Ilwaco, Pacific County, while Orr was bait fishing with herring.

"I thought I had a ling cod," Orr said. "It was like fighting a big king salmon, and when I got it up to the boat, it absolutely dwarfed a 6 to 7 pound sea bass we had onboard. It was definitely a fighter."

The new record exceeded the previous black rockfish record by almost half a pound. That record was held by Joseph Eberling for a fish he caught in the Tacoma Narrows area of Puget Sound in 1980.

OLYMPIA – Each year, thousands of Washingtonians go fishing – legally – without a license on "Free Fishing Weekend," scheduled for June 10-11.

During those two days, no license will be required to fish or gather shellfish in any waters open to fishing in Washington state.

Anglers will also not need a Columbia River Salmon and Steelhead Endorsement, otherwise required to fish for salmon and steelhead in the Columbia River and its tributaries.  Nor will they need a Two Pole Endorsement to fish with two poles in selected waters where two-pole fishing is permitted.

Also, no vehicle access pass or Discover Pass will be required during Free Fishing Weekend to park at any of the nearly 700 water-access sites maintained by the Washington Department of Fish and Wildlife (WDFW).  A Discover Pass is required in state parks on Sunday, June 11 and on DNR lands throughout the weekend however.

"If you haven't fished in Washington, or want to introduce fishing to someone new to the sport, this is the weekend to get out there," said Steve Thiesfeld, WDFW inland fish program manager.

Anglers have been catching daily limits of trout at lakes for the past month, and many rivers will open to trout fishing June 3 throughout the state. Other options available on Free Fishing Weekend include:

For those planning fishing vacations, Great Washington Getaways (http://wdfw.wa.gov/fishing/vacation) showcases some of the state's best family travel and fishing opportunities.

And, for those who want even more fishing advice, the Fish Washington video page (http://wdfw.wa.gov/fishing/washington/videos) provides "how to" fishing videos designed to introduce techniques to both new and seasoned anglers.

Anglers who take part in free fishing weekend can also participate in the department's 2017 Trout Fishing Derby and redeem tags from fish caught over the weekend. Interested anglers should check for details online at http://wdfw.wa.gov/fishing/derby.

Before heading out, anglers should also check the current fishing regulations valid through June at http://wdfw.wa.gov/fishing/regulations.

While no licenses are required on Free Fishing Weekend, other rules such as size limits, bag limits and area closures will still be in effect. Anglers will also be required to complete a catch record card for any salmon, steelhead, sturgeon or halibut they catch.

Catch record cards are available free at hundreds of sporting goods stores and other license dealers throughout the state. See http://wdfw.wa.gov/licensing/vendors on the WDFW website to locate a license dealer.